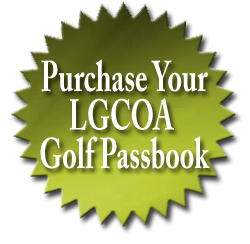 Platinum Passbook: Available Only at the LGCOA Office
Only 125 Sold Per Year
LGCOA Office - 1 Corpus Christie #116, Hilton Head Is., SC 29928 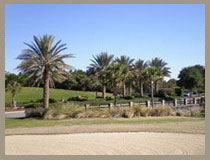 Get closer to par! Sun City has two 18-hole championship courses and a brand new executive golf course on the way, where you can spend sunny days on the fairways improving your game.
Phone: (843) 705-4999 • Web: www.suncity.com 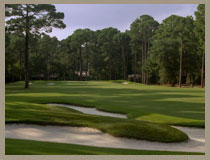 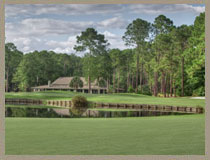 The golf course at Dolphin Head, designed by Gary Player in 1974, was the first course constructed in Hilton Head Plantation. It boasts two very distinctive nine holes; the front nine, meandering through tall trees with Player’s signature bunkers and marshland coming into play on most of the holes, is a great opening nine.
Phone: (843)681-5550 • Web: www.dolphinheadgc.com 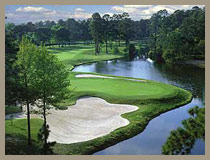 Since its opening in 1992, the Golden Bear Golf Club at Indigo Run has become a “must play” on Hilton Head Island. 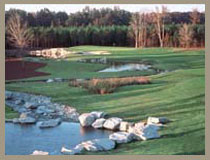 Hidden Cypress Golf Club is garnering respect and adulation from all who play it. Since opening in 2000, this facility has proven to be a fantastic addition to its sister course, Okatie Creek.
Phone: (843) 705-4999 • Web: www.suncity.com 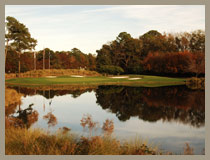 Named one of "America's Best Golf Courses" by Golfweek Magazine, the Gary Player design displays all of the beauty and golf course excellence you have come to expect from the Lowcountry.
Phone: (843) 842-5900 • Web: www.golfhiltonheadnational.com 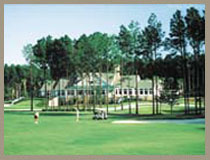 Described as classic and traditional by its designer, PGA Tour pro Mark McCumber, the Okatie Creek Golf Club makes use of the natural contours of the land as it winds through the abundant Southern pines and marshes of South Carolina's Lowcountry.
Phone: (843) 705-4653 • Web: www.suncity.com 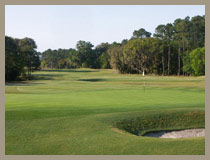 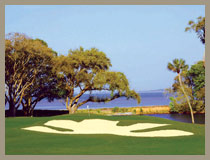 Upon opening, Oyster Reef was recognized as one of the Top 25 new courses in America. This Rees Jones design received 4 stars on Golf Digest's list of the “Best Places to Play,” and was voted one of the Top 20 Courses in the Carolinas.
Phone: (843) 681-1700 • Web: www.oysterreefgolfclub.com 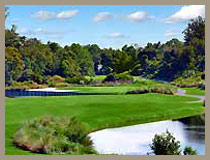 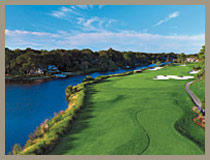 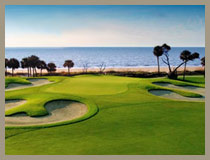 One of Hilton Head’s most popular courses, the Robert Trent Jones Oceanfront Course recently reopened from an extensive and successful renovation. 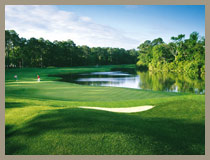 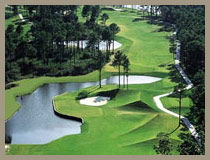 The course is a stunningly original design that tests the better player, but accommodates higher handicappers. Cupp and the course continue to draw high praise for its flexibility, shot values and year-round conditioning.
Phone: (843) 681-1700 • Web: www.palmettohallgolf.com 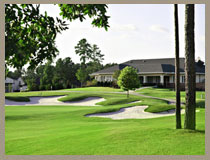 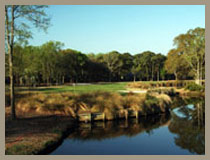 Designed by George W. Cobb, many of the holes appear to be relatively open, but as you approach the resurfaced Bermuda greens, the real challenge becomes clear that the greens although generous are protected by thick rough and unforgiving bunkers.
Phone: (843) 681-1700 • Web: www.portroyalgolfclub.com 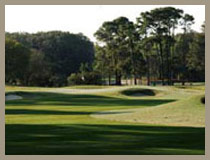 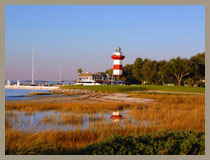 This Pete Dye course is home of the prestigious PGA Event, The Heritage of Golf each April. It's perennially ranked among the top golf courses in the world. 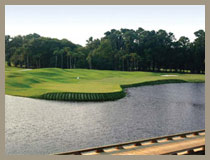 Pete Dye’s transformation of the old Sea Marsh course is nothing short of a modern masterpiece!  Featuring seven sets of tees including a special set for family enjoyment.  With it’s new Mini Verde greens along with shifting elevations and undulating greens you are guaranteed both a challenge and total enjoyment!
Phone: (843) 842-8484 • Web: www.seapines.com 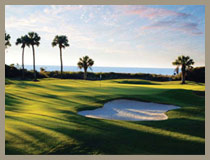 Hilton Head's first golf course is now its newest. Mark McCumber has personally redesigned the course with emphasis on the traditional and classic principals of the course design.
Phone: (843) 842-8484 • Web: www.seapines.com 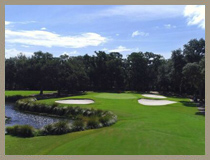 The Legends Golf Course at Parris Island in Beaufort, SC offers an inspiring one-of-a-kind experience. As you step onto the par-72 layout that winds its way along salt marsh wetlands and deep-water creeks, you are immediately entranced by the course’s rich history and challenging layout. The Legends is open to the public.
Phone: (843) 228-2240 • Web: Visit Legends Golf Course Site